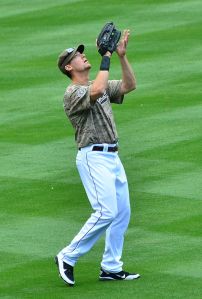 I bet Ludwick is happy that he'll never have to wear that jersey ever again.

The Reds and OF Ryan Ludwick have agreed to a 1-year deal. Ludwick is 33 and hit .237 with 13 home runs last season in a combined 139 games with the Pirates and Padres.

Depending on the money and Ludwick’s role, I like the signing. If it’s not for too much money and Ludwick is the 4th outfielder, it’s a good move for the Reds. Ludwick really only had one good year (2008) when he knocked in 113 and hit 37 homers with the Cardinals. I don’t foresee Ludwick replacing Chris Heisey as the starting left fielder, nor do I wish it. I think this has got to be Heisey’s year; he deserves a chance to prove himself as a regular starter.